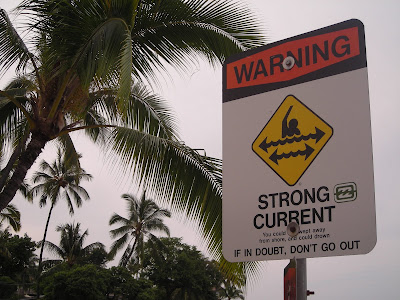 “Do the conditions you encounter exceed your abilities?

Although we as triathletes push pretty hard sometimes, we’re rarely outside our comfort zone in other than a physical sense. In last week’s blog, I briefly described hiking the John Muir Trail with my son Ben a couple years ago. This was a six day journey through wooded areas, over many creeks and streams, as well as some fairly steep mountain trails culminating in standing atop Mount Whitney, the highest peak in the lower 48, with it’s seeming 100 mile view. On the third day, our longest, after traversing some pretty difficult to navigate terrain (since we were so early in the season and didn’t have the benefit of hikers before us marking the correct trail), we crossed one particular river and unbeknownst to us, were off the trail. Way off the trail. We tried to back track to a known point, but we were lost. Lost in billions of acres of land…with no GPS…no cell service…no plan “B”, no nothing. The only way out of this was to think our way out. And, yes, we were at least a little afraid (although maybe the bears and mountain lions were a little afraid of us too. Maybe.)

It’s times like this that occasionally you don’t think terribly rationally. Like during the run in an iron distance race. In the former, although you have a tent and food for a week, you don’t know where you are. And, the in latter, you’ve trained for this for an awfully long time but are rapidly running out of energy and ideas at the same time. You may have to…oh, don’t even think it…walk! And walk a lot.

But for us it was one of those times that, with no other option, no chance for help from any outside source, that with a little luck, you “just do it.” You take the information you do have, think the problem through such as you might have done in a college course, and you’ll likely find your way back to the trail. With great relief I might add.

Injuries to the triathlete can follow a similar path. One can have a physical problem, seek help from a friend, an internet forum or local medical professional. But in the end, you know vastly more about yourself athletically than any physician. This would include the specific training load your body has seen including any recent overload situations, one of the most common sources of injury in my experience, and with just a little help pointing you in the right direction you can frequently come up with the right diagnosis. Like being lost in the woods, you think the problem through. And from this diagnosis, the route though the woods back to your training path is revealed like the yellow brick road.

So, next time you find yourself injured, think it through. Use your available resources, especially your own brain, and sometimes you’ll surprise yourself. I’ve seen it happen.

The Sun and Skin Cancer, Tanning and Melanoma