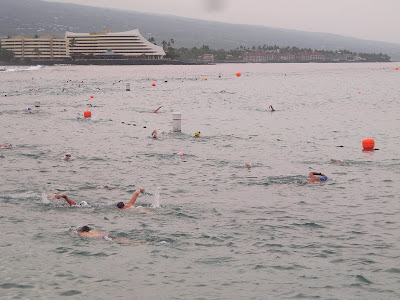 “The guy sure looks like plant food to me.” Audrey II, Little Shop of Horrors

Many of us have run into a jellyfish or two either training or racing in ocean water. More of an inconvenience than anything for most of us, some poor souls have a more significant reaction. I answered a questioner this week who stated a jellyfish sting allergy and she wondered about the legality of wetsuits in an important ocean swim she has in her future, I suppose thinking the wet suit a shield of sorts.

Well, her race is Ironman Hawaii where wetsuits are not permitted. I’ve been stung in Kailua Bay a number of times, but it’s always more like little needles that hurt/itch a little that day and then, like most of us anyway, it’s gone. I’ve never even seen the ones that got me. If you’re lucky, and looking ahead while you swim, which I know most of us don’t do, and there’s a big Portuguese man-o-war ahead, you can try and swim around it. Remember, it’s tentacles can be 5-8 feet in length and have 100’s of stinging cells on each. It’s not uncommon after a stinging that some swimmers experience nausea, headache, muscle pain, etc., and after the initial welts subside they’re left with permanent scars.

In some locations, primarily around Australia, some jellyfish stings are so powerful that those who encounter them may need hospitalization with intravenous anti venom without which they suffer respiratory failure and and die quickly.

So, if this summer you are stung by one, first (with gloves) peel off any left over tentacles and apply vinegar, straight from the kitchen. More involved stings may require medical attention and support from a cardiopulmonary perspective. And, always be aware of the signs of an allergic reaction – difficulty swallowing/breathing/swelling, etc.

And how do we advise our lady with jellyfish allergy? Well, first, I told her to contact the race director and race medical team well before the event. They need to know of the possibilities here. Second, there’s a high likelihood that she can be “premedicated” before the race such that should a stinging event occur that she’s covered. Sadly, in this day and age, I wouldn’t be surprised if a special document isn’t drawn up for her signature noting the risks she faces and accepts. Hey, it’s 2012. 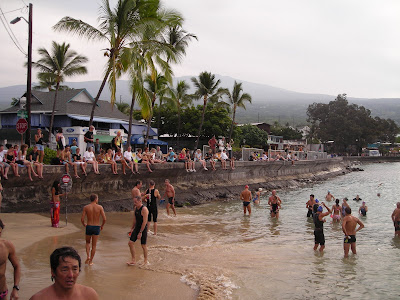 For Those Who Are Always Injured or Can’t Run