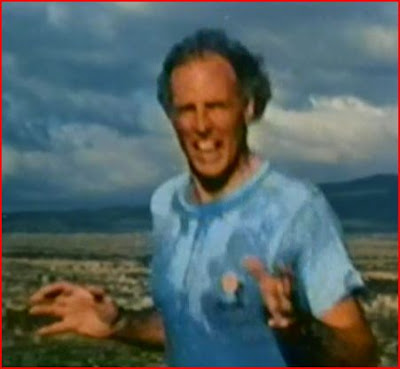 “From here on in, I really gets grim. For 99% of the people still left at this point, they are possessed with one thing, finishing. They’re saying to themselves one thing, “If I can just be standing at the finish, I’ve won,” and they’re right.

But, for the gifted few, for our 1% who are still competing, that are still racing, they’re more than standing. They’re wondering, can I catch that guy up there? And what about the guys behind me, are they coming up on me, are they picking up on me, can I get him? Because let me tell you something. This is it. The last hour of this triathlon, on the pavement, at 110 degrees, that’s when we’re going to find out who the hell the Ironman really is!”

Yep, it’s one week till  race week in Kona. But it’s early and people are still light, joking, horsing around on training runs down Alii Drive or at the pier. The attitude is almost festive at Lava Java or the King Kamehameha hotel. But it’s early and the nerves won’t start to fray till later in the week or early next week as folks get their game faces on.

I don’t think it matters at what level you race. Everybody goes through this cycle…so why not get “race ready” early? Why not prepare for a race, particularly one at a distance from your home (using your written check list of course), a week or two in advance. Then, the night or two before you depart, when looking at the pile of race gear you’ve created, only a couple things are needed to complete it. It also depends how important the race is to you. For Hawaii as an example, many have been known to change tires and tubes two weeks in advance, regardless of their age, to have the greatest safety margin and lowest potential for flats.  I’m one of them.

It’s always befuddled me how folks can arrive the morning of the race with almost no time to get inspected, body marked, etc. How can they possibly do their best with so little preparation?  Maybe it’s not important for them to do well…then why race?

Once you develop a race day routine that you’re comfortable with, when the guns sounds you’ll not only be fit by following Ben Greenfield’s teachings  but relaxed and ready for a fine day. As elder statesman Bill Bell said in last months blog, you’ll be ready to “Enjoy your day.”

Believe it or not, I’ve worked the pier in Kona enough times to know that there are some competitors still almost aimlessly wandering, sunscreen in one hand, tire pump in the other looking for the location to drop off their pre-swim bag 2 or 3 minutes before the gun.  As you might guess, this just kills me.  Really. We puts months, years in some cases, of our lives into this, possibly the most important athletic day of our lives, and then display this attitude.  I don’t get it. So, in my book, to give you the best shot at success, everything’s done ahead of time, everything’s ready the night before the race, everything’s early on race day. The result? You arrive at the finish line early too!  Another PR in the books. 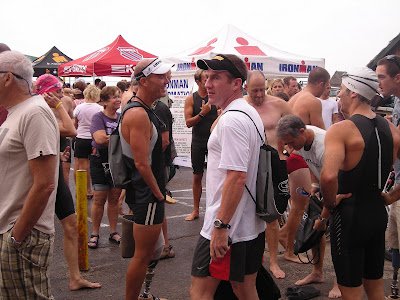 What Can you learn from this Kona course record holder?