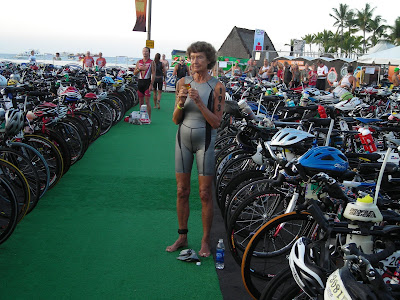 Sister Madonna Buder sets the example for us all

“You’re not shy, you get around, you wanna fly, don’t want your feet on the ground. You stay up, you won’t come down…” Foreigner

Of the over 100 Rock Star pieces that I’ve done, the one that has generated the most interest was about arthritis of the knee and a procedure known as microfracture. This is an arthroscopic operation where an attempt is made to allow the damaged cartilage to heal itself. It’s usually pretty successful but the results may not last forever. In cases where microfracture is considered inappropriate, Orthopedic Surgeons have other arthroscopic tricks that can hopefully extend the life of the knee. One of these involves transplantation of bone and cartilage plugs from one part of the knee to another.

But first, a little of the basics. The femur is the upper of the two bones that make up the knee joint. The bony surfaces are covered with articular cartilage (that white-pearly grey stuff at the ends of turkey bones) to make joint contact smooth and frictionless…until there’s an injury or just wear and tear. This wear and tear would also be known as arthritis, or osteoarthritis. It’s the deterioration of this supportive cartilage, pretty important stuff, which, although it’s pretty hard, is slick enough to allow the bones to glide, one on top of the other.

Cartilage is also a pretty good shock absorber.  If the cartilage wears down to the bone, so called end stage arthritis is present and usually accompanied by significant pain. You might ultimately find yourself headed down “Joint Replacement Lane”. 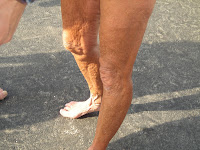 So who’s at risk for arthritis? The obese, females more than males, those with a positive family history of arthritis, smokers, and people who’ve had some type of injury to the joint just to name a few.  In fact, in a 2012 article in the Journal of Bone and Joint Surgery they note, “The burden of osteoarthritis is highest among women and African-Americans who disproportionately develop OA knee and hand but not hip.”

Surgeons have been doing bone and cartilage transplants for over 100 years divided into two groups: taking the tissue from a donor (allograft), usually deceased, or using the patients own tissue (autograft). I’ll only discuss cartilage autografts today.

Plugs of cartilage covered bone are harvested from an out of the way area of the knee, and then placed mosaic-style in the prepared area of arthritis.  Great care is taken by the surgeon to get the size and location of each plug correct as it can spell success or failure of the operation. Following the case, weight bearing on crutches is the norm until it’s felt that healing has taken place.  This technique is offered by many Orthopedic Surgeons.  If it were something you were considering, just make sure your doc does a lot of these as, take it from the voice of experience, it can be pretty easy to screw up until you learn it cold.