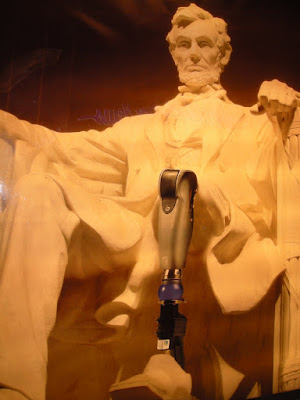 Several athletes have questioned the use of antibiotics lately, especially as it relates to potential complications. For this piece I interviewed pharmacists at: 1) my hospital, 2) a private drug store in the area, 3) a national chain drug store, 4) The PharmD Drug Information office at a nearby large hospital, 4) The Physician’s Desk Reference (very big book), etc. to try to give the most well thought out answer.  This is a distillation of what I presented on Slowtwitch.com.

Before the discussion, however, we must continually remind ourselves that the days of simply going to the doctor with a problem and expecting to “Get something for it” are gone. Long gone. We as consumers are expected to understand that there are both viral and bacterial origins for a host of infections processes and that antibiotics are ineffective in cases of viral illness. The doctor is expected to know the difference. That said, on more than one occasion, I am quite guilty of giving out a prescription when I was certain that the patients problem was viral. It’s what they expected and, particularly when working the ER, was the path of least resistance.

Depending on your source, the 5 most commonly prescribed antibiotics are Amoxicillin, Augmentin, Penicillin, Zithromycin and either Cipro or Levaquin (also known as ciprofloxacin and levofloxacin). Most of the questions have centered around the last two, members of a family of drugs called fluoroquinolones. This class of broad spectrum antibiotics has been around since WWII coming originally from a drug used in malaria called Chloroquine.

So, your physician had determined that you have a bacterial infection and needs to choose the “best” form of treatment. But the specific antibiotic chosen is a complex process taking into account the specifics of the patient and the illness, the cost of the different drugs, the insurance coverage and what out of pocket expenses will be, the dosing schedule (once a day, four times a day, etc.) and the likelihood the patient will adhere it, and…oh yeah, potential side effects. In the case of the fluoroquinolones, the potential for tendon problems is noted by the manufacturer as “Ruptures of shoulder, hand, Achilles tendon or other tendons that required surgical repair or resulted in prolonged disability have been reported…..(this risk is increased in patients taking steroids, especially the elderly.)” But simply watch any evening news TV drug ad, say for Viagra, and they quote a list as long as your arm of potential problems. I’ve heard that after the third one your brain shuts off. Has it stopped people from taking Viagra?

If you go to the Peoples Pharmacy web site, there are over 100 posts from folks who report a host of problems which they attribute to Levaquin. But if you look at both the significant good that these drugs do and the enormous number of prescriptions written, the incidence of tendon concerns is pretty darn low. In fact, on Slowtwitch, Dr. Rod Roof noted that “The Achilles tendon is a bit overblown (based on the number of tendon issues vs. total prescriptions that is)” and a number of physician triathlete posters have both prescribed and personally used these medications without a downside.

Triathlete take home. Print this and save it somewhere. Next time your doc recommends an antibiotic for your bacterial infection, talk to him/her about it, particularly your knowledge and concerns. And, if after reading this you feel you’d like to stay away from this class of drugs until other options have been exhausted, say so. If you do end up on one, it would seem prudent to first ensure you’re not taking a corticosteroid like Prednisone, and to back off the training for a while. In the unlikely event you should experience tendon difficulties, stop the drug and call your doctor. But, again, the incidence seems pretty low and if it were me, this is the thought process I’d use and take the drug.