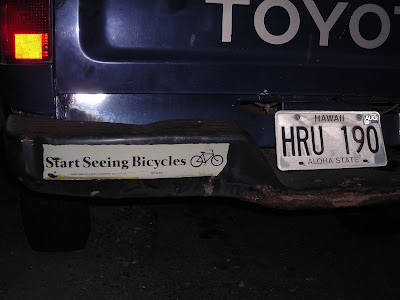 Growin’ up, you don’t see the writing on
the wall. Passin’ by, movin’ straight ahead, you knew it all.” St.
Elmo’s FireA recent piece in the NY Times quoted what we’ve
known for years that when single sport athletes switch to triathlon, their
overall training hours go up and that rather having a decrease in injuries as
they’re spreading their workouts over three sports requiring “different
muscles,” the injury rate actually increases as the athlete has difficulty
turning the desire (need?) to train off.

Joe Friel, author of the Triathletes Training Bible and noted
cycling author Andy Pruitt teach that the true benefit from training
comes, not during the workout itself, but during the subsequent rest period.
Upon recovery from the added stress, the muculoskeletal system is just a little
stronger than it was before.

This is the time of year, with snow on the
ground that we’re allowed to dream. We examine past racing successes and
failures and use them as a springboard to set up our next season. Hopefully this
is accomplished with more than just an ounce of common sense. Not only is the
absolute load your body sees important but the rate of change of this load is
also crucial.
As one example, I did a piece here on stress fractures in September and one
of the take home messages was that we can all do a significant amount of
training as long as the rate at which we increase the volume and intensity
of this effort is such that we can handle it. And no, I don’t mean “handle
it” as simply being able to either fit it into an already packed schedule
or that you’re tough enough to get it done. This should be interpreted as
being able to accept the increase in training load on top of what’s
currently being done and the total training increase isn’t greater than,
say 5% of the previous weeks efforts.

We all know that there are a few people, maybe the ones you
train with, who seemingly don’t need to follow these guidelines. A pair of women
I swim with are like that. They have no idea of/need for warming up. While the
rest of us complete a 1000 yard warm up set, they pop into the water as
the main set is being described and push off the wall full tilt for the
first 200. Of course I’m jealous. But my log book is fed 1000 more yards more
than theirs on a regular basis.

So as you dream about that podium spot at
the local sprint tri in 2012, construct a sensible training plan that carefully
increases the rate at which your knees are called upon to run more hills or time
trial bike efforts. And, most importantly, when that little twinge becomes full
fledged pain, take some time off of that discipline…you needed to work on your
flip turns anyway. If you can carefully mold and execute your training plan, you
stand a good chance of staying away from people like me (doctors) and having
a terrific season. Good luck! 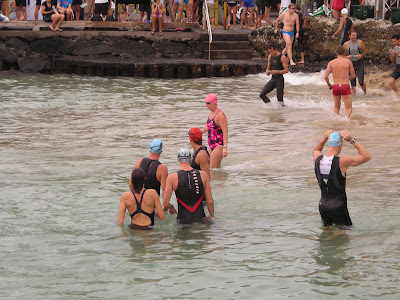 www.johnpostmdsblog.blogspot.com  This week, The Female Athlete