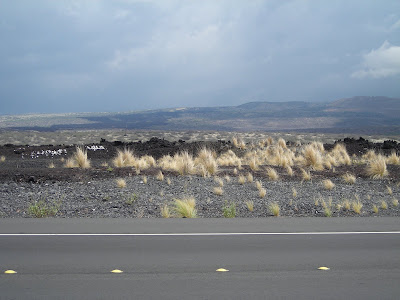 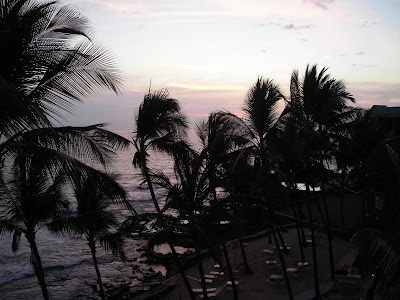 Puako is situated on the northwest coast of the Big Island of Hawaii. It is the home of one of the largest petroglyph (carvings in the lava) fields in the Hawaiian Islands. Found there are figures that are unmistakably those of the ancient Hawaiian warrior – the Alapa. Legend has it that, because of the intense heat and winds, this was an ideal training ground to harden these warriors making them Hawaii’s toughest and finest. Generally, the trade winds in the morning blow from the north, and as the volcanic soil heats up, the wind shifts around to the south.

This is especially important to would-be Ironman competitors as, after a crisp 2.4 mile swim in the Pacific with 1800 other racers with arms and legs flailing every which way in a scene more reminiscent of a washing machine than a swimming race, they mount their bikes and head north 55 miles to the coastal town of Hawi – you guessed it, into the wind. Unfortunately, by the time they reach this northern turnaround point, the land has heated sufficiently to reverse the winds, thus the bikers experience a headwind both ways – Mumuku! The locals think it’s cute.

Plantar Faciitis – heel pain. It grabs many multi sport athletes and runners. The usual location is the bottom of the foot back at the heel where a large band of tissue, the plantar fascia originates. It’s said that over 2,000,000 of us a year will experience symptoms of PF but that with a little care, it will resolve in most in 6 – 10 months. During the symptomatic phase, reduction/elimination of weight bearing activity (running) has been traditionally recommended along with ice (rolling your arch/heel over a frozen water bottle for 15-20 minutes), rest and stretching. Treating the area as a trigger point has also shown to be of benefit with the use of massage balls. The athlete will cross train during this period but frequently great patience will be required.

The PF stretch is performed by crossing the affected leg over the other placing the fingers at the base of the toes pulling them back toward the knee until a stretch or pull is felt in the arch or heel. Evaluation of one’s running footwear, stride mechanics, running surfaces and mechanics, etc. at this time will serve the athlete well long term.