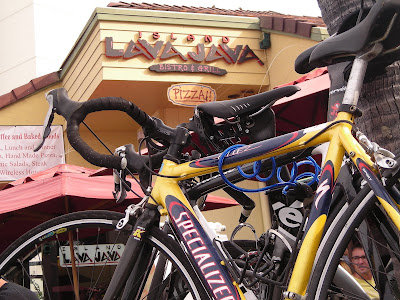 The sword of time will pierce our skins, it doesn’t hurt when it begins. Johnny Mandel, Suicide is Painless

I’m a slower biker than I used to be. Or maybe the dogs have gotten faster. Either way, a dogs teeth “pierced my skin” last year while I was cycling a few miles north of town. I stopped, went to the owner’s house and reported it. Surprisingly, he offered no apology, no help, no phone call, no nothing. He just said,”I’ll take care of it.” Well, that’s not good enough. I told him I’d notify animal control as soon as I got home. He was not happy and made that very clear.

Actually, I pedalled out of sight of the house…and dog…stopped, cleansed the bite with everything that was in my water bottle. I tried to remove as much of the dog’s saliva as possible. As soon as I was back in cell phone range, I called my wife, gave her the facts and the house
address in case the headlines in the next day’s paper included “Biker shot north of town”(The dogs owner made out like it was the biker’s fault) she’d know where to start the search.

Then it was a short ride to my doctors office where the wound was cleaned and disinfected, tetanus booster administered, and phone call made to animal control. Although you’re concerned about infection, rabies, although unlikely, is more of a concern. I had a bat land on my head once while running – I know – a what? Although I felt the sharp claws as it landed on my skull cap, the skin wasn’t broken and I wasn’t bitten. They are known rabies carriers. The difference here is that with the dog, it can be observed for any signs of illness, it’s inoculation status is known, as is it’s physical location. None are true with the bat.

We’ve been vaccinating dogs in this country for over seventy years and this has reduced the documented cases of rabies to less than 5 annually. Internationally, however, upwards of 50,000 deaths occur each year, probably more. In the U.S. when we think rabies we think skunks, raccoons, foxes, and as mentioned, bats. A bat’s bite can be missed, particularly by children. If one is found in the home,particularly with access to sleeping children, it should caught for later examination.

In short, although dogs chase us repeatedly, and there are some roads we avoid simply due to canine presence. Should you be bitten:

As mentioned, very few die from this disease. But if you need the post-exposure rabies prophylaxis (series of shots), they are neither painless nor cheap. In other words, forget about those new aero wheels!

John Post, MD
www.johnpostmdsblog.blogspot.com
“Your Medical Help at the Races”