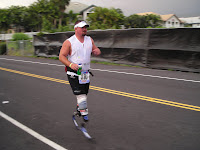 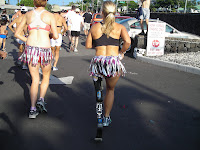 Some triathletes overcome greater obstacles than many.”

I’ve seen a number of criticisms directed at the print media of our sport lately. Probably pretty easy to do from the outside. The two most common seem to center around glitz, an abundance of adds loosely connected by a few articles, and second, an inability/unwillingness to be critical of say WTC or USAT in defense of the little guy. (A $650 – or more! – entry fee for a triathlon as one example.) There were even efforts afoot by H3 Publications to present a different Tri publication, seemingly more difficult than perhaps first thought. Whatever your position, as the consumer you have the right to evaluate information and apply it as seems appropriate to your sporting life.

There was a piece by Mitch Thrower in Triathlete a while back which made good reading. He made a number of excellent points regarding the well worn phrase, “We are what we eat,” and the role our current understanding of genetics plays. This relates not only to our bodies ability to process what we take in, but what we become and our control over this outcome. He goes on to show that lifestyle choices can make a significant contribution to the overall end game when combining genetic predisposition along with dietary and exercise choices. Although to some degree your athletic potential is pre-programmed, you are still Captain of the ship! (Sound like something you’ve heard from Ben more than once!)
Mitch puts you in control to some degree. I had a patient some time back that I used as an example while teaching a course in St. Louis to a group of very bright triathlon coaches. This particular young man was being prepared for a knee reconstruction and on his intake form he noted his weight at 380 lbs. When I saw him a couple weeks later for his preop physical, he mentioned erring on his weight which was really 420.  An accurate weight is essential in the operating room as, for example, medication quantity is in direct proportion to patient size…and I doubt one would like to wake up unexpectedly having been given too little of a certain drug!

Since the Day Surgery scale, like many of those at home, isn’t reliable over 330 lbs, I asked the nurses to send him down to the laundry for an accurate weight where the scale goes to 1000 lbs. And he needed it. His ultimate weight was measured at 550 lbs!  That’s right, 550!  In other words, his initially reported value of 380 was 170 lbs. less than actual, something he and I discussed at length after surgery. He admitted that he’d basically lost control of both diet and exercise and anything over 330 was simply a guess. Not a good guess but a guess none the less.

He did well post op, had a stable knee, and the last time I saw him was headed below 500. This is not easy in the rehab period but he’d defined the problem and begun to take back control of his life. I hope he’s had continued success. As triathletes, we already have the exercise part of the equation down. We now understand there’s a significant genetic component in play here, but we are also being given some bit of control knowing that our own destiny is more than putting bike miles in a training log. Can success as you define it be far off?

Happy 2012 and Best of Success in an injury free year of training and racing.
John Post, MD
www.johnpostmdsblog.blogspot.com
Knee Pain, A, B, C’s 1/1/2012 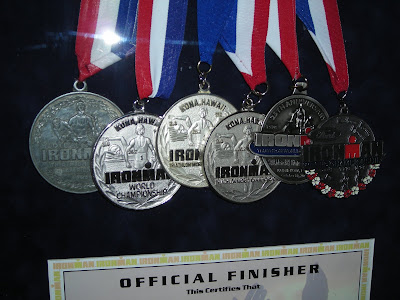