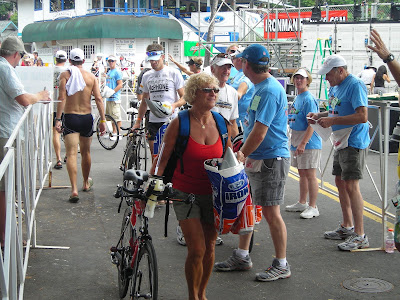 “Superman where are you now? Phil Collins, Land of Confusion

Mark Foley is a local Veterinarian and a strong biker. His wife PR’d at the Boston Marathon a couple years ago. Their kids are into all kinds of sports. They work up gradually to the endurance sports they choose and are usually successful.

At a lecture in January, noted Triathlon Coach Joe Friel began to compare the running boom of the 80’s to the growth of triathlon today. (If you’d been told ten years ago that someone would pay $50,000.00 to get a slot at Ironman Hawaii, you’d thought them clearly insane. Yet, we find ourselves in the middle of the annual Ironman auction which puts up 4 entries to the race to the highest bidder/donator as the money goes to the Ironman Foundation. This branch of IM donates a significant sum each year to a host of deserving Kona organizations like the rescue squad, various help agencies, etc. Check out www.ironman.com to follow the progress of the last two slots.)

Joe’s story went something like this. In the 80’s, folks would have a friend convince them to go jogging, like it, and progress to running, and strange things would happen. It might start out with a local 5K race, they’d get “hooked” and after smoking too much Runners World Magazine, they’re convinced they can begin marathon training. And some can. Their life becomes consumed with running and a myriad of details until they find themselves running the first 10 miles of a 26.2 mile experience. All goes well until mile 18, when they find themselves with shot quads, over heated, and out of ideas.

Compare the above scenario to triathlon where it seems easy to tackle the local sprint tri, maybe even an Olympic distance race…and then you start to dream…and a friend of a friend is doing IM Lake Placid…and, “With just a little more training, I could be an Ironman.” Maybe.

But what happens when our hero gets to mile 95 on the bike, is beat, rethinking how aggressive she might have been over the first 56 miles, would like to call it a day but she’s not even off the bike – and there’s some running to do…? As Mark Foley says, “You have to have a plan B; alternatives.”

In other words, it’s OK to stop at a bike aid station and sit in a real chair while taking on fluids for 15-30 minutes. It’s OK to ask the medical people for a little help, they’re not going to take you out of the race unless you’re a danger to yourself or others. It’s OK to walk. Well, it’s ALWAYS OK TO WALK. Or to sit at a run aid station to collect your wits. Or even every 5th run aid station if that’s what it takes.

You have a full 17 hours to finish this thing. If you’ve thought these potential problems through ahead of time, then during the press of the event where folks don’t always make the best of decisions, you’ll not decide something in haste that you’ll come to regret.

Just think about it. 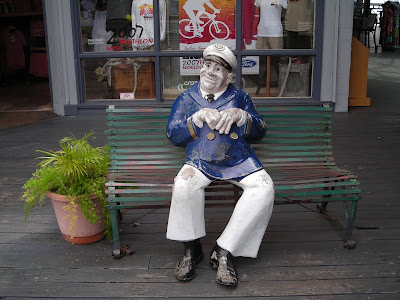 Injections for Triathletes, What You Need to Know