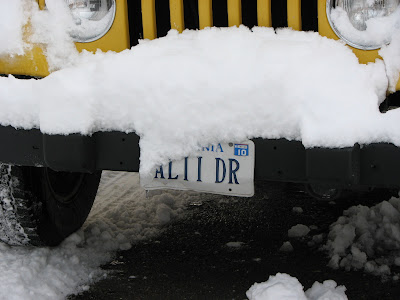 ALII DRIVE, start and finish of the Ironman World Championship. You can bet this snowy picture wasn’t taken in Kona!
Dick Tomlin was a friend. A super triathlete, he podiumed twice in Kona and even won Worlds one year. He was killed on his bike in June 2005 when he was the victim of a hit and run by a motor home while training near his Kingman, AZ home.
The last time I talked to him was in February or March of that year when he was trying to help me get faster and I was trying to help him with some pain control issues he was having with arthritis in his lumbar spine.
The following is going to be a little disjointed, just like a phone call, where we talked about whatever came to mind. Even though Dick is no longer with us, you’ll see that he has a number of important training points to make: he credited his age group best bike speed to consistency, lots of winter miles indoors, abundant one-legged drills. He would decrease the resistance and do 100 revs with the right leg and then the left. Repeat this 6 times, “like wiping your feet on the floor mat.” Learn how to cycle with each of your legs.”
For short course tri preparation, he’d ride “really hard sprints.” He’d set up a one mile course near his home where he’d ride faster than race pace and, “Do a dozen with 15-20 seconds rest in between.” He didn’t do much hill work as “The races I do don’t have ’em.” Although he usually rode alone, he had one friend, a CAT 2 cyclist, who he’d been riding with for 12 years allowing, “Those guys know so much, it really pushes me up.” Weights were important as he’d follow Joe Friel’s Training Bible, “Except the max weights,” 3X’s/wk in the winter and once/wk in season. An average training week would include 110-120 miles on the bike, 25-30 miles running and 8-9,000 yds in the pool, he’d “Work up to double this for Ironman.” This would be “22 hours/week in late July and hold it to September.” He wanted 8 consecutive weeks over 250 on the bike and 50 on the run, reserving one weekend day for a 5 hour bike and a 2-2.5 hour run. Or, for variety, it would be a 2hour bike and 3 hour run. Clearly he was motivated.
But, Dick was not without pain as he’d had both knees scoped in 1998 noting, “I’d run in pain for a decade.” He took his share of Glucosamine. Plantar faciitis was a continuing issue. And I already mentioned his back. But he did not shy away from what he perceived as the work required to be tops in the age group.
And he was a nice guy. 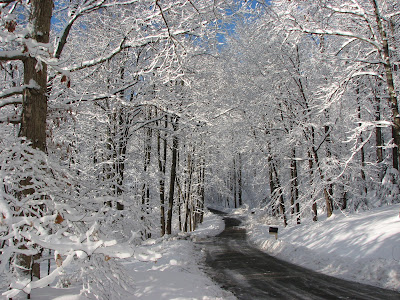 Training a bit of a problem on your street, too?