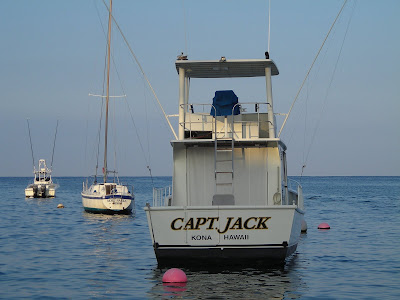 “Captain Jack will get you high tonight, and take you to your special island.”Billy Joel

Endorphins, the exercise high, is there a cost involved? My wife told a friend once that she wasn’t too worried about me having an affair,“HE MIGHT MISS A WORKOUT!” “Is it really that bad?” I later asked her. “YES”,was her rapid response.

I saw a survey of Ironman athletes a number of years ago where the total workout hours/week were reported and I was amazed by the age groupers responses. Volumes of 20, 30 and 40 hours/week, and even more, were stated
(admitted to?) by many. While I’ll assume that some folks include planning, workout prep and clean up in these figures, they are impressive none the less. Since then I’ve spoken to many athletes and more than a few spouses to fuel this piece and I’ve basically determined that most triathletes are blind. They are blind to the impact that their workout schedule has on those around them from family to friends and co-workers. Some even think their training is invisible to others as they:
1) they go to the pool at 5:30am…while somebody else gets the kids up, dressed and checked for last minute school needs.
2) they run at noon instead of going out to lunch with the gang but by the time they’re showered and back at their work station, sweating like two pigs, somebody else has gotten those needed reports completed.
3)and, as they ride with the evening bike group, somebody else gets the kids from soccer practice, dinner and homework started…and, oh yeah, picks up the athlete’s dry cleaning.

So the triathletes commitment to the sport takes an equal commitment from family and friends for which the athlete needs to say thank you, frequently, and be cognizant of on a daily basis. Each of us needs to carve out  areas of time, maybe even letting that butterfly collection or special project lie fallow for a while. His/her disposable time is already spoken for.