END_OF_DOCUMENT_TOKEN_TO_BE_REPLACED

Earlier in my life I worked in a big city, took the train to work everyday, and trained for triathlon about 6 hours per week. My job was stressful and my commute was long; about 3 hours per day. I lived in the Northeast, where the weather was very seasonal and the winters were cold, dark and wet. I didn’t know it at the time but I was training by what I now call ‘Sport Rotation’.

END_OF_DOCUMENT_TOKEN_TO_BE_REPLACED

Danny Duncan: The accident you were involved in was horrible to hear about let alone go through. What key principles did you learn from this experience? Also, what advice can you give to someone who may suffer a similar accident in the future?

Lukas Verzbicas: ”I learned too much to list in a few sentences but primarily I learned to appreciate life more knowing how quickly and unexpectedly it could be taken away from you. I also learned and would pass this along to someone who is also going through an injury is to believe in themselves and have faith no matter what the circumstances or others say. My doctors said I wouldn’t walk after seeing my first x-rays and now I’m back to training full time. I didn’t let all that get to me and believed the entire time I will be back.”

END_OF_DOCUMENT_TOKEN_TO_BE_REPLACED

The American Athletic Institute (AAI) is a sport consulting firm that does research on Olympic-caliber athletes. They have worked with organizations ranging from youth hockey teams to the Boston Celtics to the U.S. Navy Seals. Their main focus is determining how drugs and alcohol affect athletic performance.

Dennis O’Sullivan spent 6 years playing in the NFL, mostly with the New York Jets. He also worked as the New York City Director of Government Affairs for the NY State Office of Alcoholism and Substance Abuse Services.

How does alcohol affect athletic performance?

Alcohol will affect power, speed, endurance, hand-eye coordination, reaction time, heart and lung function, reflexes, judgment, the ability to focus and many other areas important to athletic performance. There are many misconceptions about alcohol. One is that alcohol only affects the athlete when he or she is drunk or hung-over. However, alcohol’s affects last much longer after the physical side effects have subsided. Studies have shown that for up to 96 hours after drinking, hormones are diminished. This is important because hormones affect many things such as muscle growth and repair, mental toughness, pain tolerance, fatigue perception, training effect and recovery. Diminished hormones cause the athlete to feel tired and feel more pain. The athlete will not build power, speed and endurance as effectively as he or she should. In short, the athlete loses both the mental and physical edge. One prominent study conducted by the American Athletic Institute is their analysis of enzymes. The AAI took a winter sport athlete and conducted a muscle biopsy. They then analyzed the athlete’s slow, intermediate and fast twitch muscle fibers. This provided 12 base numbers for analysis. The athlete then endured a two week training session that focused on power and speed training. After 2 weeks, the AAI conducted a second muscle biopsy on the athlete. 10 of the 12 enzymes increased with some doubling and even tripling. The training was designed to make the athlete bigger and stronger. This is exactly what happened. The athlete began a second 2 week training session immediately after. The AAI attempted to keep the same parameters with the same eating and sleeping habits and patterns. The major exception was the athlete drank alcohol once a week, on the 4th and 10th days. 4 days after the last drink, they took another muscle biopsy. This time 9 out of 12 enzymes had decreased with some going back to where they were one month prior. This essentially means that drinking ONCE can negate 2 weeks worth of quality training. The injury rate for drinkers is around 54% and the appetite for non-drinkers is about 23%. Someone that drinks is twice as likely to get hurt as someone that does not drink. Dennis can personally attest to this.

How can you measure how alcohol negatively affects performance?

The AAI tracked 60 Olympic-caliber athletes (runners, high jumpers and swimmers). These particular sports were picked because there are no ball or object variables involved; the pool, track and jumping pits do not change. The AAI tracked all performances and drinking occasions of these athletes. They found that performances the day after they had been drinking the athletes performances’ declined by approximately 11.4%. Keep in mind these were Olympic-caliber athletes. The losses of a college or high school athlete might be substantially greater than 11.4%.

How does marijuana affect athletic performance?

Marijuana Marijuana affects athletic performance in many ways. THC is the chemical component in marijuana. It’s what gets the smoker high and causes the damage. Marijuana today is about 10 times more dangerous than it was 35 years ago because of THC levels. In the 1970s, THC levels were between 1 – 4 % and today these levels are between 24 – 40 %. THC collects in the brain and affects functions such as vision, memory, movement, coordination, reflexes and judgment. Marijuana and, specifically, THC can stay in your system for up to 60 days.

Yes… and the difference is quite dramatic. Many factors affect how an individual reacts and/or processes alcohol. These include: height, weight, genetics, body fat composition and gender. Alcohol passes through the digestive tract and is dispersed in the water in the body. The more water available, the more diluted the alcohol. Men, in general, weigh more than women. Women, in general, have less water and more fat in their bodies than men. Therefore, a woman’s brain and other organs are exposed to more alcohol and the resultant toxic byproducts. Women also have smaller quantities of the protective enzyme alcohol dehydrogenase that breaks down alcohol in the stomach. The result is women absorb about 30% more alcohol into their bloodstreams than men do.

Drinking alcohol is part of almost any adult celebration. The holiday season is filled with parties featuring a variety of flavored drinks, beer and football seems to be as tightly connected as shoes and shoelaces, and most other adult celebrations that come to mind include some amount of drinking. Though not everyone partakes in these adult beverages, two-thirds of Americans drink alcohol, and for those who drink, they average four drinks per week. Not surprisingly, beer is the most common alcoholic beverage, slightly ahead of wine. END_OF_DOCUMENT_TOKEN_TO_BE_REPLACED Brad is a certified USAT triathlon coach, a certified USAC cycling coach, a certified NCSF personal trainer, and among other various titles an overall fitness geek. His background involves a diverse array of physically challenging endeavors. From attending special programs while he served in the Navy to stumbling upon triathlon and other endurance sports. He has since qualified for triathlon nationals at three different distances (sprint, Olympic, and half-ironman).

Brad’s coaching career began four years ago when he held the position of Command Fitness Leader (Navy version of a Personal Trainer) in charge of coaching over two-dozen Sailors. After being honorably discharged Brad started his coaching career as a certified coach through Superhumancoach.com and Pacific Elite Fitness. He now coaches athletes ranging from recruits looking to be a Navy Seals to triathletes looking to qualify for the world championships.

If you’re interested in learning more about Brad, he can be contacted through the Rockstar Triathlete Academy’s gold wings forum, the Facebook page, or the Twitter page.

In this video Kerry Sullivan shows and dynamic stretching exercises that you can do.

Dynamic stretching is a way to stretch your muscles by using movement. This is a more effective way for athletes to build flexibility as it teaches the body how to become flexible through a full range of motion and thus you are able to notice the difference more when swimming, cycling and running.

END_OF_DOCUMENT_TOKEN_TO_BE_REPLACED

Mark Sortino has been in the sport of triathlon for many years and co-founded the Multisport Performance Institute (MPI). His accolades include:

END_OF_DOCUMENT_TOKEN_TO_BE_REPLACED 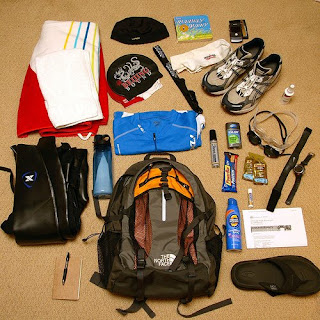 Travelling to a race can be tricky and stressful if you dont know what you are doing. Both Ben & Kerry travel to most of their races so they know the ins and outs of how to pack and travel to races domestically and internationally. They will be sharing with you what you need to know so you can be fully prepared and stress free when travelling to your next big race.

END_OF_DOCUMENT_TOKEN_TO_BE_REPLACED

When it comes to hills on the run, many people dread the elevation – but Ben & Kerry will show you how to make hill your best friend. They will address how to get faster running up them and down them.

To learn how to run up and down hills better than a mountain goat, join the call tonight at 9PM EST / 6PST and ask your questions via the question box below.