-How Kerry is using a power meter…

-Changes to Kerry’s diet for the 2013 racing season…

-How Ben trained 8-9 hours a week for Ironman Hawaii…

To ask your questions now or access the playback of the call, just keep reading.
END_OF_DOCUMENT_TOKEN_TO_BE_REPLACED 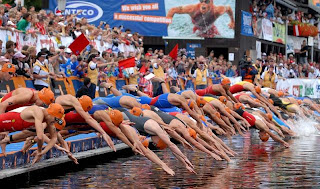 In this Rock Star member’s only workshop, Ben & Kerry share with you the top 10 things they have learned in 2013 so far – in both coaching athletes and in their own racing.

Triathlon training, nutrition and racing is constantly evolving. Ben & Kerry are on top of the evolution of the sport and will share the latest and greatest with you.

END_OF_DOCUMENT_TOKEN_TO_BE_REPLACED

Earlier in my life I worked in a big city, took the train to work everyday, and trained for triathlon about 6 hours per week. My job was stressful and my commute was long; about 3 hours per day. I lived in the Northeast, where the weather was very seasonal and the winters were cold, dark and wet. I didn’t know it at the time but I was training by what I now call ‘Sport Rotation’.

END_OF_DOCUMENT_TOKEN_TO_BE_REPLACED

Nick Radkewich is a former pro triathlete and today a high level coach. A few highlights of nick resume are

1998 USOC Triathlete of the Year

1998 USA Triathlon Triathlete of the Year

Nick as a wealth of knowledge.

END_OF_DOCUMENT_TOKEN_TO_BE_REPLACED

This time of year is all about change.

Summer is well and truly behind us and we are now deep into autumn with winter on the horizon. The racing season is pretty much done with the last one or two big races about to take place. I love this time of year as it signals a break from the demands of training and racing along with the excitement and planning for next year.

END_OF_DOCUMENT_TOKEN_TO_BE_REPLACED

As an endurance coach, Blake has been working with athletes for 10 years. He combines a Bachelors Degree in Education, with a USA Triathlon certification and nearly a decade of experience.

Over the last 10 years, Blake has worked with over 200 athletes of all ability levels; this includes athletes who set out to complete their first sprint triathlon, as well as athletes who race as elites and have raced at the World Championships. No matter what your goals are for the year, talk to Blake, the chances are good that he can help you get where you want to be!

Check out the site and contact Blake if you are interested in coaching, sponsorship, or attending a BBMC camp.

END_OF_DOCUMENT_TOKEN_TO_BE_REPLACED Introduction
For those of you who are new to ironguides, “The Method” refers to our training philosophy that comprises of at least one training session per day. We mix up Strength, Heart Rate, Tolerance, Neuromuscular and Endurance sessions to create hormonally-balanced training programs tailored to your weekly schedule.

When executed properly, The Method results in significant and sustainable gains in fitness over the mid to long term (months to years). No shortcuts to success here, just the best use of your limited training time.

Transitions are often called the 4th event in a triathlon. When looking at the fastest triathletes, their transition times are also the fastest too. It’s an easy place for athletes to take some time off and a depending on how competitive you transition, it can make or break you.

In this call, you’re going to pick up a few secrets to shave seconds off your transition time…keep reading to download now or listen…

END_OF_DOCUMENT_TOKEN_TO_BE_REPLACED We are hitting the start of ironman season now in the northern hemisphere and this is an important time for athletes looking at qualifying for Kona in the next season: not only does following the races provide a chance to see what sort of performance is required in your age group at the various events,  the days – or even hours – immediately after can also be the only opportunity to enter them for the next year as registration comes online and sells out fast.
END_OF_DOCUMENT_TOKEN_TO_BE_REPLACED

Resistance training has for the most part been linked to people like Arnold Schwarzenegger and Dolf Lundgren. Some have linked it to rehabilitation of an injury yet a miniscule number link it to improved performance. END_OF_DOCUMENT_TOKEN_TO_BE_REPLACED